You may have heard of Caillou, one of Canada’s most popular children’s animated series due to its bad reputation. The series is based on the children’s book series by Hélène Deputeau and Christine Leroux and from 1997 the series aired on the Teletoon channel until 2010. Many American children also had the chance to see this series aired on PBS under the PBS Kids label.

Depending on who you ask, Caillou, whose name means “pebble” in French is a fictional 4-year-old boy from the children’s series of the same name, can be either a charming, sane kid who travels the world or a domineering brat who terrorizes his parents until he gets his way. It will be either. Seemingly harmless, many parents and others have criticized the show for Caillou’s tantrums and demeanor, and the way he teaches children bad manners.

The backlash remains today, as evidenced by the Reddit community. Whether you like him or not, Caillou is one of the most memorable characters to grace television. He’s so popular that even discussions of dislike toward him turn into light-hearted moments of people asking: How tall is Caillou anyway?

Caillou is an enormous Toddler

It all started when Twitter user Natalie Ziesmer decided to look up Caillou’s height on Google. It was astonishing to see that Caillou, age 4, is 5 feet 11 inches tall! (approx. 180.34 cm), roughly. For comparison, a male Canadian is 5 feet 10 inches tall on average. Caillou is therefore four years old and two inches taller than the average adult male.

Apparently, the thought of a 4-year-old kid that tall sent the internet into a frenzy. Fans and critics alike joked that Caillou might one day become a good basketball player. Additionally, the strangeness and inappropriateness of the show’s theme song, particularly the line below, were questioned.

“Each day I grow some more”,
Caillou’smother Doris replies, “you’re getting to be a big boy!”

Below are the complete lyrics to that Caillou theme song: 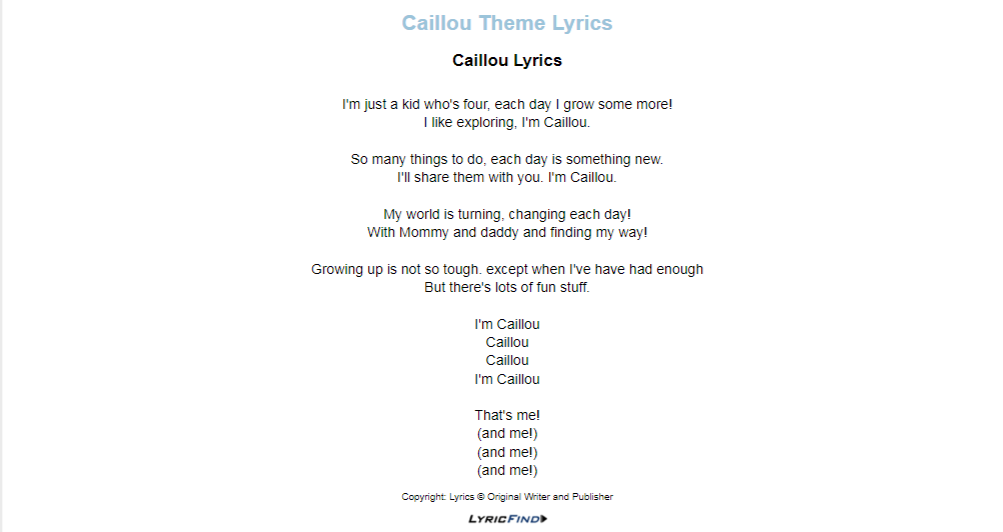 This is that theme song’s original video:

Unfortunately for fans who loved the idea of ​​giant toddlers, Caillou’s superhuman size is unofficial. None of the show’s producers or writers have ever confirmed his height, in fact, a Google search no longer shows his height when he’s supposed to be 5ft 11. Instead, the results show news articles and forum discussions about the equally controversial size. But this isn’t the first time people have been surprised by the size of a child’s body.

According to a 2001 Time magazine article, the Teletubbies’ height ranged from 6 feet 6 inches to 10 feet. Something similar happened to Peppa Pig, causing the internet world to wonder just how big Peppa Pig was. 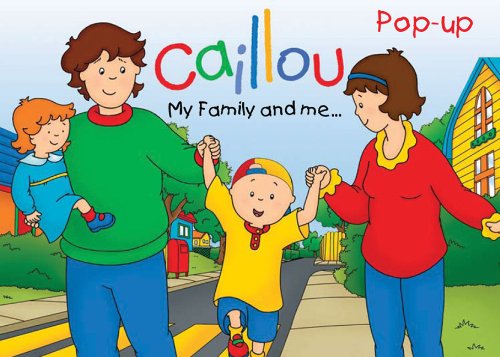 There was a lot of pomp and fanfare surrounding how tall is Caillou, but few people seemed to care about the height of the rest of his family. Other than claiming to be about twice as tall (about 396 cm tall), Boris and Doris don’t seem to get much attention. Nevertheless, let’s assume that Caillou’s actual height is that he is indeed 5 ft 11 in. If so, his parents would be very big and Caillou’s entire family (including his sister Rosie) would be one giant clan!

Why is Caillou Bald-Headed?

Here it might be worth mentioning another well-known aspect of Caillou: his bald head.

Caillou is already 4 years old, but his head remains hairless. Over the years, fans and critics have wondered why this design was chosen. One of the Reddit users had a suspicion that Caillou had terminal cancer. That explains why his family largely accepted his behavior. But it turns out that the real answer is never anything special.

According to the publisher’s official website, Caillou was originally created as an infant, and infants typically have little to no hair. When the book was adapted into the cartoon show, it was decided that Caillou would be a little older instead. It was believed that the hair would make him unrecognizable, so his distinctive bald appearance remained.

Considering his height, why is Caillou still young? It is that he will be easier to relate to for the show’s intended audience, which is primarily young children under the age of five.

We looked at Caillou’s height (or at least what fans think his height is). It also turns out that everyone’s favorite (or less popular?) mischievous kid probably isn’t an extraordinary toddler. His claimed height also fits the show’s theme song pretty well!

And finally, we discovered that the height of characters on children’s TV shows has become a peculiar internet obsession.

Why Productivity Is Important And Their Benefits

How To Beat Sugar Cravings And Addiction Once For All 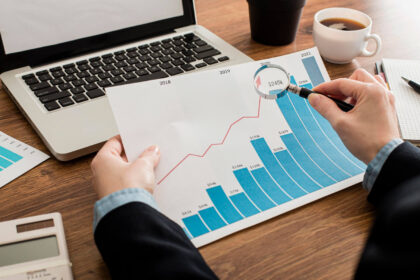 Why Productivity Is Important And Their Benefits 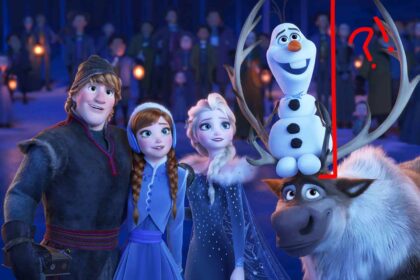 Find Out How Tall Olaf Is From Disney’s Frozen 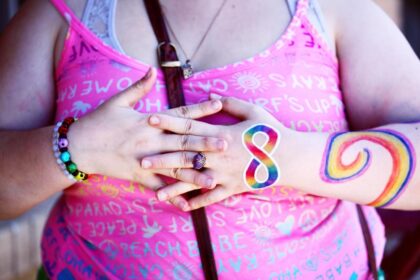 Why And For Whom Gastric Bypass Surgery Is Essential?