Anime refers to any animated work, regardless of style or origin. However, outside of Japan and in English, anime is slang for Japanese animation, specifically animation produced in Japan. The first Japanese commercial animation dates back to 1917. A distinctive art style emerged in the 1960s in the work of manga artist Osamu Tezuka, and spread over the following decades, winning a large native audience.

Anime is distributed through cinemas, broadcast television, direct-to-home media, and the Internet. In addition to the original works, anime are often adaptations of Japanese comics (manga), light novels, or video games. It is categorized into a number of genres aimed at a wide variety of niche audiences.

When it comes to anime, there are decades of classics. While many fans still love the shows they watched as kids into adulthood, others have just discovered why these old series are still great. Some of the most popular anime in the world have been considered part of The Big Three. But what is it and how does the show make this list? Here’s what you need to know.

What is the Big Three in anime?

According to Otaku Fandom (Japanese term for anime fans), The Big Three are the three most popular anime of all time. The term was originally used to describe One Piece, Naruto, and Bleach due to its popularity in the early 2000s. These big three have received great support from fans worldwide. In the anime fan community, the “Big Three” were the top shōnen manga/anime series (eg: action series) and were extremely popular, especially in anime fan circles. They were grouped together to great success.

“Why did these three anime outperform series with superior plots, characters, and pacing? Many viewers and critics of anime have been asking themselves that question. The answer will be more obvious if you refrain from asking “Why are these shows so popular? If you consider how these shows improve the lives of their many viewers? You can adopt the mindset of an actual fan of these shows.”

You might be shocked by these series’ popularity if you look at what they’re accomplishing. You can grow pessimistic and believe that nobody is intelligent enough to recognize but you can also develop a critical understanding of how each show or story attracts viewers and discover why those viewers are fans.

The Big Three Anime of the Shonen Golden Age

One Piece, Naruto, and Bleach are the Big Three most popular running series during the golden age of the Shonen Jump: All three series received a common title due to their worldwide popularity and length. This results in larger images of main characters Luffy, Naruto, and Ichigo than the rest of the current series and always ahead of the shared Shonen Jump cover.

Naruto has 720 episodes, Bleach has 366 episodes, One Piece has 1042 episodes and still counting (as of November 2022), and Naruto’s sequel Boruto is still airing. These stats don’t include spin-offs, sequels, or movies, so the full numbers for the franchise as a whole are higher. All three are adventure and drama Shonen series with many subplots and one main plot. They have lots of fight scenes and a strong main character who is a bit silly and ridiculous.

In the long term, The Big Three are three of the most popular Shonen Jump series. There were others, but the eras when One Piece, Bleach, and Naruto were at the top are the most well-known.

All three of these series were quite different in method, storytelling, and overall conclusion, but sold surprisingly well. Why? What made them so popular, and how did this genre change the future of the Shonen Jump? Learn about it below.

1. They Made “Roles” The Center of Most Shonen

One aspect of the Big Three that was and still is an integral part of the shōnen genre is the idea of ​​”roles.” The whole concept builds on this role, and there will always be a penultimate version of him that the MC (Main Character) is trying to achieve. In the Big Three, Ninjas wanted to be Hokage, Soul Reapers aspired to be the King of Souls, and some pirates aspired to be Kings of the Pirates.

The phrase Proof of the pudding is an example of that you can easily find in popular franchises today MHA (My Hero Academia) has heroes, Black Clover has magical knights, and Kimetsu no Yaiba even has demon slayers. It’s a concept that works well, so why not use it?

2. Their Popularity Causes Some To Imitate, Others To Innovate

The Big Three didn’t invent the idea of ​​a “role” in a Shonen surrounding, but its success made it the norm in nearly all subsequent stories. People realized that they could write whatever they wanted about any setting, as long as they followed some Shonen standards.

The MC’s penultimate goals were the power of friendship, the tournament arc, and everything else, allowing writers to experiment while adhering to certain guidelines. This is how you get shows that are both deconstructions of the genre they represent.

3. They Reinforced The Importance Of A Good Nemesis

The rivalry has always been a powerful tool that can be used in any form of media. Red vs. Blue from Pokemon, Iron Man and Captain America from the MCU, and Goku and Vegeta from Dragon Ball Z. Shonen series don’t necessarily need rival plots, but the Big Three helped the writers recognize how much they add to the franchise.

4. They Cemented The “Airhead” Standard For the Shonen Main Character

One aspect of the Shonen that the Big 3 showed us that how easy it is to sell with an airy and stubborn MC. The character Ichigo Kurosaki was probably the coolest of the three, but his series sold the least. Luffy, Naruto, and Goku are prime examples of why there are hundreds of carefree and dumb MCs in Shonen.

Today, we’re far enough away from the Big 3 that people are starting to experiment again with Tanjiro, Deku, and even Senku for even more unique twists on the standard MC formula.

5. They Influenced Others To Rethink Their Power Systems

When it comes to the Shonen genre, Dragon Ball Z has always been an example in most people’s minds. It shaped the entire genre! But where DBZ has consistently leveled off is Power Systems. Ki and his power level are poorly used in canon. But the Big Three changed that, Chakra, Devil Fruits, and Bankai were all great advances over previous anime power systems.

Since then, the new Shonen series has made some pretty ridiculous efforts to develop very deep and complex energy systems. Hunter x Hunter is a great example, but Fullmetal Alchemist and My Hero Academia are also great.

6. They Were A Summit To Climb Towards

It seems a little redundant to say that the Big Three changed the Shonen genre by being the Big Three, but it’s true. We started adapting as we got there, copying ideas and concepts from the Big Three or creating completely original ones that complemented them.

The Big Three, however, are mostly a thing of the past now. They altered the sector. Instead of only focusing on the Top 3, Shonen Jump gives the Shonen Series a completely new direction.

Since young boys were traditionally the primary readers of manga for a long time, it makes it natural that the Shonen series has always enjoyed strong sales. If you’ve read manga, you’ve almost certainly read Shonen Jump. And The Big Three pushed the idea that even when a story starts falling apart (like Bleach), it still sells well as long as you feel like your characters have grown and gotten stronger, people continue to read and watch the series.

One Piece is a perfect example of this, but even Boruto shows that the way he creates a franchise that engages readers is immortal.

8. They Displayed How Badly Filler Can Be Done

Filler no longer exists in the Shonen series. Nothing, at least, is as awful as Naruto and Bleach were in their earlier seasons. One Piece as a setting doesn’t count as much because it’s technically an all-rounder, but the other two are in a way that people had a lot of trouble with.

The anime adaptation has really filled in. Fortunately, the new generation doesn’t seem to be following suit. Newer series tend to stay as far away from straight fillers as possible. And when they have it, they make sure it changes the character a bit physically or mentally, so fans don’t feel like they wasted their time.

9. They Made Publishers and Mangaka Realize That Their Audience Is Intelligent

The Big Three all had equally light-hearted beginnings, story-wise. Death was, to be sure, a pretty important aspect, but they were the more mature tales of love, war, and even geopolitical conflict. Since the Shonen series is intended for younger viewers, you can’t simply introduce a difficult topic and ignore it, right? incorrect. They’ve all learned over time that people like everything in the show a little bit because it’s a real mix, just like in real life.

Naruto started talking more about the politics of the Shinobi world, One Piece suddenly delved into the ideas of dictatorship and bio-weapons, and Bleach touched more deeply on the concepts of death and love.

10. It’s No Longer A Genre About Lone-Wolf Main Character

Finally, it welcomes the characters from the Big 3, as well as those from the contemporary Shonen series, despite being overshadowed by DBZ. In JoJo’s Bizarre Adventure, every character has a unique set of skills and uses that are useful in battle. The Big Three promoted the idea that every member of the cast served a purpose and that the main characters weren’t infallible beings who were vastly superior to the others.

Naturally, the idea started to crumble, allowing Naruto, the Sage of the Six Paths, Ichigo to use any specialization and technique, and Luffy’s Bounceman form. But the ideology was still passed on. The entire primary cast of the Shonen series is now recognized, not just the main characters, and in the case of Bleach, the supporting characters are more well-liked than the MCs as a result of the introduction of strong antagonists.

The Big Three is a term used to describe the three most popular running series during the golden age of the shonen jump: One Piece, Naruto, and Bleach. The big three are the three series that change the complete definition of the shonen genre and have set the new benchmark for the upcoming anime characters.

SocialDice: What Skills Are Required To Become An Instagram Marketer?

How To Become A Pharmaceutical Sales Rep?

Gold vs. Silver: What To Know Before Investing With Lear Capital 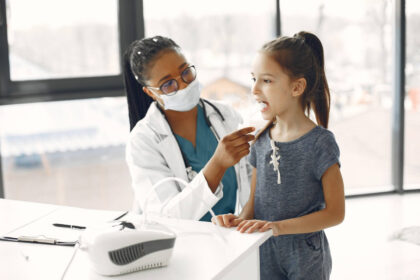 Prevention Of Childhood Asthma Is The Need Of The Hour